Why Anxiety is on the Increase

Are you experiencing increasing levels of stress, pressure, and anxiety, despite achieving greater personal and financial success?

You are not alone!

The entire world seems to be on a knife-edge, waiting for yet another financial meltdown, devastating terrorist attack, or the latest political crisis.

Its shocking how persistently anxious we are about job security, debts, disease, divorce and a myriad of other issues. Excessive anxiety is the new normal, and to add to the madness, we over-medicate ourselves to near insanity with prescription drugs. And we wonder why anxiety is on the increase!

Anxiety disorders, along with depression, are one of the most common mental health problems in the world today. Consider the following numbers :

Anxiety is not a grown-up thing either; a recent survey shows that 38% of girls and 26% of boys aged between 13 and 17 years suffer from anxiety, while the rate of anxiety disorders in younger children are reported at an astounding 23%!

The utterly damning statistic; despite being highly treatable, a staggering 64% of persons with an anxiety disorder NEVER seek help or receive treatment!

The Numbers Are Far Greater Than Reported 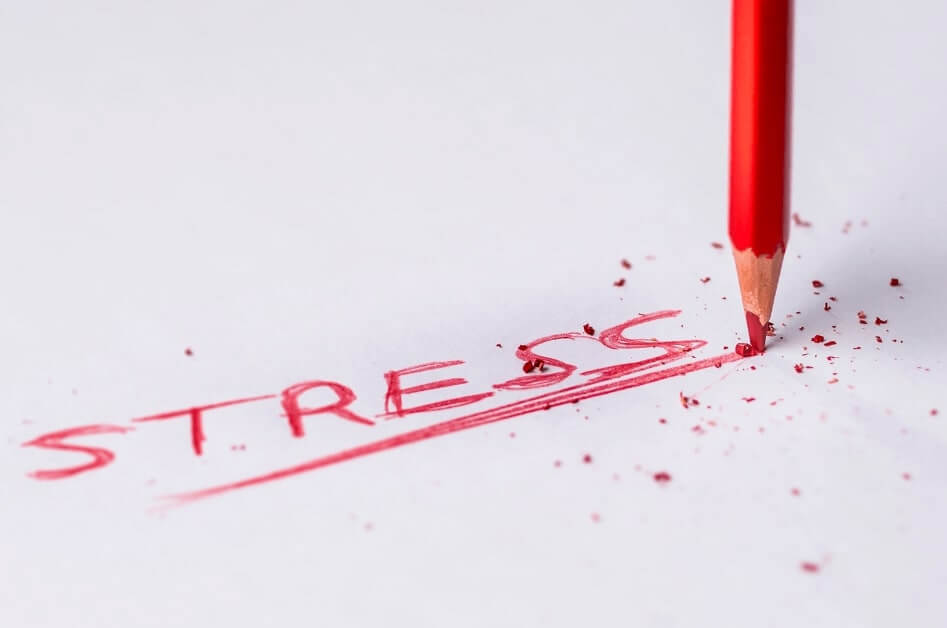 A recent study shows that only 50% of panic disorders and social anxiety disorders were reported, while OCD was SEVEN times under reported.

As has been the custom for ages, very few people are willing to open up or discuss their mental health problems. The shame and negativity associated with mental health illness are still very high; this encourages many people to deny and cover-up their anxiety problems for fear of being judged or considered insane.

What’s more, the majority of people with an anxiety disorder never seek professional help or speak to friends and family about it. This means that very few of them even realise that they have an anxiety disorder, and only blame their irrational fears on genetics or stress. The statistics for anxiety disorders are, as a result, much higher than we think.

Myth: The World Is More Dangerous, So We Are More Anxious

If you didn’t know better, just watching a news bulletin can make you think the apocalypse is happening. TV stations are falling over themselves trying to outdo each other in reporting the most violent, bizarre or scandalous story.

To make matters worse, the bad news is then propagated even faster via graphic social media videos and the ubiquitous tweet. This makes us think that depression and anxiety rates are exploding because the world is far more dangerous than ever.

Generally, humans are doing better on almost every front; there are sharp declines in the rates of spousal violence, illiteracy, dictatorship, death by crime or disease, poverty, war, and unemployment. We are also working smarter thanks to technology, faster communication, and computers.

So why all the doom and gloom? As humans, our evolution was driven primarily by fear, not good news. Every news editor has one overriding mantra: if it bleeds it leads! We love to fear, so the TV stations give us plenty of scary stories. Bad news sells because we scramble to get the most gruesome details of the latest school shooting or terrorist attack. This only fuels our uncontrollable and irrational fear of the world.

The 7 Reasons Why Anxiety Is On The Increase 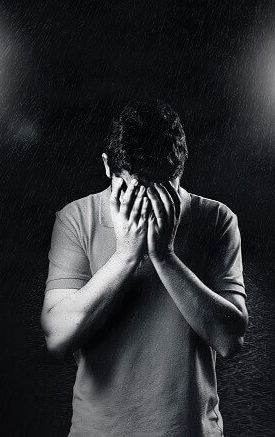 The big question is; if the world is much safer and more prosperous, why are our lives increasingly filled with apocalyptic expectations and worst case scenarios? Why can’t we catch a break from fear and anxiety?

The following are 7 primary reasons why anxiety is on the increase:

Unlike in the past, where limited access to technology shielded us from adverse events, any newsworthy story is now at our fingertips on a 24/7 basis. The Internet, news channels, and social media flood us with the gory details of war, murder, and scandal wherever we are. By spending every waking minute bombarded by graphic news, our minds perceive the world to be a more dangerous place than it actually is. We ignore the bigger picture and focus on the latest school shooting, bridge collapse or viral epidemic. Our minds then become overwhelmed, and if we don’t manage and protect our mental health, it can lead to anxiety and depression.

Social media like Facebook, Instagram, and Snapchat, have encouraged us to post the most private details of our lives for the world to gawk at. We long for the admiration and approval of “likes” from Facebook  “friends” who we hardly know in real life. We have become a social media generation where lives are filtered and falsely presented online as perfect. This can make vulnerable minds such as teens and kids to feel inadequate and have low self-esteem. By giving strangers access to our private lives via social media, we are exposed to negative criticism, trolls and cyberbullying; which are a major cause of anxiety in teens and children.

Thanks to technology and social media, the private lives of celebrities are exposed in greater detail than ever before. Never mind that celebrities shamelessly promote a false image of themselves, their idolisation by young people has reached alarming levels. Rather than being a healthy admiration, celebrity worship by children and teens is so obsessive that it has become a recognised personality disorder. Celebrity worship syndrome can affect anyone at any age and is a major cause of anxiety, depression, body image problems, eating disorders, obsessive and compulsive behaviour among other mental illnesses.

The unhealthy western diet coupled with sedentary lifestyles has massively increased levels of obesity, heart disease, stroke, diabetes, and other health problems. In a society obsessed with beauty, fitness, celebrity idolisation and a false social media lifestyles, such health problems only pile more misery and anxiety on the image-conscious individual.

Higher rates of anxiety and depression have turned our society into a “Prozac nation.” Antidepressants, opioid painkillers, and anxiety medications are handed out like sweets by doctors. Rather than deal with the root causes of mental illness, we overmedicate ourselves with dangerous prescription drugs that are aggressively marketed by multi-billion-dollar pharmaceutical companies. The shocking truth is that these drugs only worsen our anxiety symptoms, and often cause suicidal tendencies and clinical depression.

The world has become an extremely materialistic society where individuals, families, corporations, and even entire economies are judged by their net worth than by any other metric. Increased corporate greed and competition for market share encourage companies to exert immense pressure on employees, leading to greater work-related anxiety. On an individual level, we are desperate to appear prosperous and wealthy especially on social media. Ballooning costs of childcare, holidays, and homeownership force both parents to work longer and harder for less money while accumulating more debt. This results in less time for family, social activity and relaxation resulting in divorce, truancy, and substance abuse.

The average adult spends nearly 11 hours every day on computers, phones, TV and other forms of electronic media. The time spent by teens and kids on social media, TV, and game consoles is also on the rise. Rather than relax and enjoy a little downtime in our increasingly limited free time, we prefer to go on Facebook, check email, surf the Internet, or watch TV. This causes over-stimulation of the mind, which is a major contributing factor of anxiety.

Although anxiety is a severe mental illness, our stressed-out modern lifestyles make it look like a shared cultural experience. If you are a human being living in today’s world and don’t feel extremely anxious, you are likely to be considered insane by everyone else!

You don’t have to let the crazy tech-driven society pile the anguish of anxiety on you. If you feel overwhelmed and stressed out, reach out NOW and get help.