Exercise is an integral part of treating depression. It has the effect of boosting endorphin production within the brain, which creates a feeling of euphoria. Exercise is beneficial to everyone who is physically able, particularly those dealing with depression and anxiety. 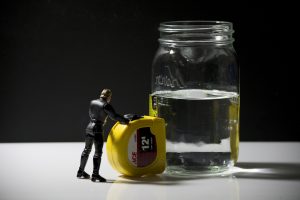 Studies conducted as early as 1981 show that exercise is not only beneficial to individuals who exhibit mild to moderate symptoms of depression, it is also effective for those battling with severe depression.

Incorporating some simple exercises into your everyday routine can help you alleviate symptoms of depression, regardless of how mild or severe they are.

Participants in the study who maintained their exercise routine were less likely to relapse than those who relied only on medication. This finding was additionally supported by studies that showed aerobic exercise could be used to prevent the relapse and recurrence of depression symptoms among sufferers.

Exercise and the Use of Antidepressants

Of course, expecting total compliance of patients is the primary downside of using exercise to combat depression. Many critics argue that some individuals’ depression levels are too high, which makes it hard to get themselves motivated. Depression often leaves many people feeling exhausted and even physically sore. It can be difficult to exercise each day when simply getting out of bed is hard enough. 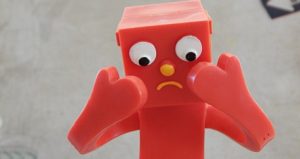 Mental conditions such as depression are cyclic in their progress, and this applies to both the deteriorating and improving phases. During a worsening phase, a negative feedback loop sets in, where it becomes very hard for a sufferer to take affirmative action.

If and when a patient takes decisive action, or is encouraged to do so, a positive feedback loop can be generated, resulting in further positive measures with increased positive results. Exercise and its effects can be a huge part of this good cycle. Getting started is the hardest part.

Scientific data proves that patients with depression can achieve adherence rates of up to 80%. Experts also found that exercise on a regular basis helps people develop an improved sense of self-esteem, which can reduce the detrimental effects that often come with depression.

Additionally, the feeling of accomplishment that comes after exercising can boost an individual’s sense of well-being, and their self-esteem can regenerate with time.

Relying on antidepressants undermines the benefits of exercise since people believe or convince themselves that they feel better because of the medication they are taking. Other experts also believe that the metabolic and psychological effects of antidepressants may counteract the benefits a person obtains from exercise.

If people with depression realize that they feel better after working out, they will eventually believe that sticking to their exercise routine could be a way to end their depressed state.

Physical exercise has many obvious benefits. It improves both psychological and mental health and has positive effects on overall health and appearance. Exercise has also been proven to tame the adverse effects of anxiety while improving your mood, cognitive function and physical perceptions.

The Dangers of Anti-Depressants

Some powerful elements in the medical community and various media outlets have maintained that antidepressants are a safe method for dealing with depression. Numerous studies, however, have revealed a different outcome. Dec 12, 2016Abid Pasha

For Years I Suffered Unnecessarily, I Know What Anxiety Feels Like

As a former sufferer this is what it feels like to have anxiety. Most people don’t know what a crippling thing anxiety can be. They’d say that I was overthinking things and was taking everything too seriously. But in my mind everything was serious and I couldn’t stop myself from overthinking. It was torturous. I […]

Alcohol and depression often appear to go hand in hand. It is all too common for many people to drink alcohol when they are feeling down, or are overcome by the events of their lives. Unfortunately any perceived benefit of ‘drowning one’s sorrows’ will be very temporary. Dec 12, 2016Abid Pasha

Why We Don’t Reach Out for Help

Despite much efforts over the last few years to de-stigmatise mental health problems, most of us still don’t want to talk about our mental health. Why? Well if your mental health is suffering in some way e.g. anxiety or depression you feel like nobody will understand you. Dec 12, 2016Abid Pasha

Foods Choices That May Cause Depression

Particular food choices can contribute to depression, anxiety and headaches. If left unchecked, depression can take the fun and joy out of living life and rob you of the things you love. To maintain a happy and healthy version of yourself, avoid consuming the following foods that may cause depression or worsen its symptoms. Dec […]

Did you know that just by walking barefoot is actually considered to be a natural stress reliever? Most people look to medications to relieve their anxiety however what they don’t know is rather than any medication, walking barefoot can be just as effective at reducing anxiety. And what’s more, it’s free and doesn’t require a […]

Did you know that the simple act of drinking water could actually help reduce your anxiety? Most people who suffer from anxiety don’t know that it has any connection with dehydration. Recent studies have shown that being just half a liter dehydrated can cause stress to the brain, organs and the body which in turn […]