The Dangers of Anti-Depressants

Some powerful elements in the medical community and various media outlets have maintained that antidepressants are a safe method for dealing with depression. Numerous studies, however, have revealed a different outcome. 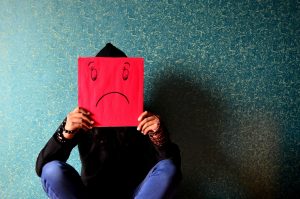 There is substantial scientific evidence stating that antidepressants may cause a host of issues coupled with dangerous or even potentially fatal side effects. Research shows that approximately 50% of those people who take antidepressant medications experience some form of adverse reaction.

Some of the worst side effects include an increased risk of suicide and permanent brain damage. Violent behavior among children and adults has also resulted along with the growing frequency of certain depression symptoms. Before anyone commits to taking anti-depressant medications, it is in his or her best interests to view all the facts and weigh the pros and cons.

Some of the well-documented side effects of antidepressants include improper bone development, sexual dysfunction, abnormal brain development, agitation and gastrointestinal bleeding.

Poor bone development may lead to problems associated with bone fractures later in life. Gastrointestinal bleeding, on the other hand, is considered a life-threatening condition. Certain researchers believe that using Selective Serotonin Reuptake Inhibitors or SSRIs during pregnancy may increase the expectant mother’s emotional fragility.

There are also much lesser known side effects that are commonly associated with taking antidepressants. It is worthy of note that many of these side effects are not rare events. 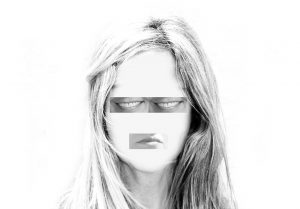 Too many individuals assume that antidepressants are safe since their side effects may only become noticeable after a prolonged period of use, such as after a month or year. In addition to the physiological and psychological damage which may have been caused at this time, there is a huge risk of dependency on the prescribed drug. In most cases of depression related drug therapy, the dependence is so high that it is dangerous to suddenly stop taking the medication.

High dosage prescriptions may require months or even years of reduced dosage before the drug can be entirely ceased.

There is one other serious side effect of relying on antidepressants that doctors may not share with their patients. It is the need to take another set of medications, later on, to counteract the consequences of the original drug. For instance, Prozac has been well known to cause anxiety and agitation; therefore, doctors will often prescribe benzodiazepines to act as a sedative.

Additional drugs such as Nexium are often prescribed for their acid-inhibiting nature to counteract gastrointestinal bleeding. Thus begins the vicious cycle of taking copious amounts of drugs to counter each medication’s side effect.

This chaos will only continue, and the root cause of the problem is often left unaddressed, as a new problem arises and becomes the new focus.

The psychological side effects of antidepressants can be extremely disturbing. These are usually harder to treat than the physical side effects. Studies indicate that SSRIs may lead to a motivational syndrome.

Symptoms of this condition are quite similar to people who have sustained damage to the frontal lobe region of their brain. It includes demotivation, apathy and disinhibited behavior. 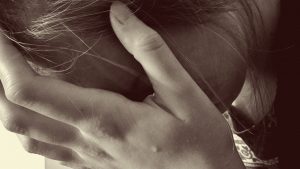 Patients on psychoactive drugs and antidepressants have shown through numerous studies that these medications have the ability to blunt a person’s emotional responses. Approximately 28% of patients in a study who were taking Prozac experienced insomnia, agitation, nervousness, anxiety and restlessness. Individuals taking higher doses of the medication experienced even more severe side effects.

Before undertaking any course of treatment, whether a prescription drug or natural remedy, ask questions and do your research. Make sure that the alleged cure is not going to add to the existing problem or problems.

How Anxiety Showed Up in My Life

At first in didn’t recognise it as anxiety. The constant feelings of worry, apprehension, or dread I considered normal, after all I was working in a very stressful job at the time. My heart would begin to beat faster, and I’d start sweating before a big presentation or before being interviewed on radio or TV. […]

Those who suffer from anxiety and depression can feel as if the only way out is to take prescription medications.  The difficulty with this option is that many people are prescribed drugs when they have mild depression or anxiety symptoms, which don’t need medication at all. Dec 12, 2016Abid Pasha

What it feels to have anxiety

As a former sufferer this is what it feels like to have anxiety. Most people don’t know what a crippling thing anxiety can be. They’d say that I was overthinking things and was taking everything too seriously. But in my mind everything was serious and I couldn’t stop myself from overthinking. It was torturous. I […]

Exercise is an integral part of treating depression. It has the effect of boosting endorphin production within the brain, which creates a feeling of euphoria. Exercise is beneficial to everyone who is physically able, particularly those dealing with depression and anxiety. Dec 12, 2016Abid Pasha

Foods Choices That May Cause Depression

Particular food choices can contribute to depression, anxiety and headaches. If left unchecked, depression can take the fun and joy out of living life and rob you of the things you love. To maintain a happy and healthy version of yourself, avoid consuming the following foods that may cause depression or worsen its symptoms. Dec […]

Every Individuals Anxiety is Different – But it has a Structure

Why We Don’t Reach Out for Help Despite much efforts over the last few years to de-stigmatise mental health problems, most of us still don’t want to talk about our mental health. Dec 12, 2016Abid Pasha

Alcohol and depression often appear to go hand in hand. It is all too common for many people to drink alcohol when they are feeling down, or are overcome by the events of their lives. Unfortunately any perceived benefit of ‘drowning one’s sorrows’ will be very temporary. Dec 12, 2016Abid Pasha